I have redeemed myself (for now, anyway) as far as the Columbus Metropolitan Library is concerned.  I’ve been unable to check anything out these past few weeks, because my unpaid fine balance kept creeping higher and higher.  When it exceeds $10, the library suspends your borrowing privileges.  (I have kept mine at $9.99 for over a year, but my card went inactive when Susie lost a book borrowed on my card.  Yesterday, I went down to the main library to pay for the lost book, and the book jockey gave me some very good news.  Some anonymous Good Samaritan had found the book and had returned it.  I guess I’ll never know where he/she found it, but at least I don’t have to pay for replacing it.)

While lost, the meter kept running on the book’s fines.  So, after church today, I decided to take advantage of the opportunity to read off my fines.  (I’m not 100% in the black, but my fine balance is below $10, so I can borrow again.)

You can read off your fines once or twice a year at the library, at a rate of $8 per hour.  Reading off the fines means sitting at a table and reading–no text-messaging, no computer.  I checked in at the desk at the Whetstone Library when it opened at 1, and the woman at the desk figured that 2½ hours would reduce my balance enough to where I could borrow again.  I pointed out where I’d be sitting, and went to the table to serve my “sentence.”

That’s why this entry has the title it does.  I have never considered reading to be work, and it was definitely never punishment.  If I’m eating alone, I have to be reading something, even if it’s the side panels of the cereal box.  (I think a byproduct of my Asperger’s syndrome is a strong tendency toward hyperlexia.  I may not retain all that I read, but I have to be engaging in the mechanism of reading, even if I’m only looking at words. (If I’m without a book at McDonald’s or somewhere else, I’ll read discarded copies of Sports Illustrated or The Buckeye Sports Bulletin, publications I would otherwise never peruse.) 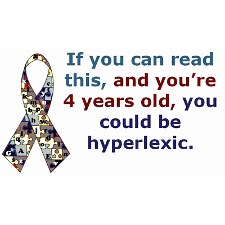 I am glad there is no designated place at the library where people reading off their fines sit to do it.  Although I would gladly be doing it, I would be less than happy to be in a place that trumpeted, “Look, everybody!  This guy is in the hole with fines!”  It would feel like being in the penalty box during a hockey game, or like being in the stocks during the Puritan days in New England, except that at the library nobody can throw mud and rotten eggs at you.

Crazily, I came prepared in case there was nothing at the library that struck my fancy.  I brought along Harlot’s Ghost, Norman Mailer’s 1310-page novel about the CIA, which I bought when I lived in Cincinnati (I left there in 1995), and have tried to read more than a dozen times, never getting past the first 10-15 pages.  At McDonald’s between church and Whetstone’s opening time, I conscientiously kept Harlot’s Ghost in my bag, wanting to save it for the library.  (I wrote in my diary instead–I didn’t want to run the risk of finishing all 1300-plus pages in the time it took to eat two McDoubles and drink two cups of lemonade.)

I never took Harlot’s Ghost out of my bag again.  Once at the library, I found an excellent book, Charles Lachman’s The Last Lincolns, about the direct descendants of Abraham Lincoln, starting with his four sons (only one of whom, Robert Todd Lincoln, lived to adulthood), and Robert’s children and grandchildren.  Abraham Lincoln has no direct descendants alive.  When his great-grandson Robert Todd Lincoln Beckwith died in 1985, that was his final lineal descendant.

When the woman told me how long my “sentence” would be, I started the stopwatch on my watch, but I didn’t pay attention to it once I began reading.  I was a few pages into the book when I decided that I would christen my newly reactivated card by borrowing it.  (I did just that, along with a three-disk set of Bob Dylan’s Biograph, a boxed set I used to have on LP.  When I bought it, I turned off the phone, locked my apartment door, and listened to all 53 songs.)

The change to Eastern Daylight Savings Time came this morning.  I was awake for the change, because I wanted to make sure that my cell phone and my alarm clock made the adjustment (I have an Emerson Research SmartSet clock radio that adjusts itself automatically when you plug it in), and both of them.  It mattered because Susie and the rest of the Rising Voices choir would be singing at both services today, at 9:15 and 11 a.m.  Susie had to be there at 8:45 for rehearsal and warm-up, so we left the house just before 8 to catch the bus, so we could eat breakfast at church beforehand.

I stayed for the entire first service, and stayed at the second service long enough to film the kids.  (I shot a video of the kids at the 9:15 service, but started it about five seconds too late.  Although both performances were wonderful, the second one was the better of the two.)  They sang “What is Pink?”   (Susie is in the front row, wearing an orange shirt, and this is the link, for your viewing and musical enjoyment.)

I left after the girls (Rising Voices isn’t intentionally all-female; it’s an all-girls choir by default) sang.  Susie stayed behind to go to OWL class (an acronym for Our Whole Lives, the human sexuality curriculum), and I killed time at McDonald’s until the library opened.

Dominion Middle School’s second and final performance of Annie Jr. was fantastic on Friday night.  I took some pictures during the show with my new cell phone, the Motorola that arrived via FedEx on Thursday.  Unfortunately, I don’t have a USB cord with a Micro-B male terminal, so I can’t download them yet.  Stay tuned to this blog, and as soon as I find the right cord, I will share them with all you eager readers.